Providing information and resources for the Ohio Governor’s Expedited Pardon Project, a collaboration between Ohio Governor Mike DeWine, the Reentry Clinic at the UA School of Law and the Drug Enforcement and Policy Center at the OSU Moritz College of Law

Stories of redemption from past wrongs are a part of the American tradition as reflected in the clemency powers enshrined in the U.S. and Ohio Constitutions. Unfortunately, too few worthy Ohioans who have made great strides in their lives have been able to seek or receive an affirmation in the form of a pardon from the Governor. The Ohio Governor's Expedited Pardon Project is aimed at enhancing and expediting the process by which people apply for clemency under Ohio’s laws. The Project seeks to reduce challenges surrounding a clemency application in Ohio for people meeting certain criteria with exceptional stories who can show that they have been rehabilitated and have contributed positively to their communities.

How does this program work? Head over to the Expedited Pardon Project website for details about the Project, the application process, the entire list of requirements, and necessary forms. 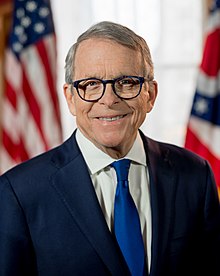 On November 6, 2018, Mike DeWine was elected to serve as the 70th Governor of the State of Ohio. The Governor has had a long and distinguished career in public service, focusing on protecting Ohio children and families. He was previously the 50th Attorney General of Ohio and has previously been elected to serve as Greene County Prosecutor, Ohio State Senator, U.S. Congressman, Ohio Lt. Governor, U.S. Senator.

Joann Sahl is the director of the Reentry Clinic at the University of Akron School of Law. Prior to joining Akron Law, she served as a staff attorney in the housing unit of Community Legal Aid Services, Inc. in Akron, Ohio and Columbus Legal Aid. Before that, Professor Sahl served as assistant state public defender at the Ohio Public Defender Commission, eventually rising to chief appellate counsel and supervisor of the Death Penalty section where she successfully argued before the United States Supreme Court in Ohio v. Huertas, 498 US 336 (1991). 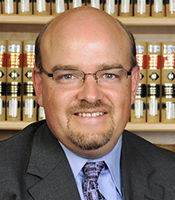 Doug Berman is the Newton D. Baker-Baker & Hostetler Chair in Law professor at The Ohio State University Moritz College of Law. He is the sole creator and author of the blog, Sentencing Law and Policy. He frequently is consulted by national and state policymakers, sentencing commissioners, and public policy groups concerning sentencing law and policy reforms. He has testified before the U.S. House of Representatives and before numerous sentencing commissions.