Searching the Internet for Primary Sources

You can search on the Internet for primary sources by adding the phrase "primary sources" in your search or any of the following terms:

For a famous primary source – i.e., the Declaration of Independence – in the search box, include quotation marks around the title and include the word text or transcript

Chinese pamphlets: Political communication and mass education in the early period of the People's Republic of China
"Mass education materials published in Hong Kong and in Mainland China, particularly Shanghai, in the years 1947-1954. These cartoon books, pamphlets, postcards and magazines, on topics such as foreign threats to Chinese security, Chinese relations with the Soviet Union, industrial and agricultural production, and marriage reform, were produced by both Kuomintang (Nationalist)
and Gongchantang (Communist) supporters."

Mongols in World History
Images, timelines, maps, and other information on the role of the Mongols in world history.

Southeast Asia in the Ming Shi-lu
Accounts of emperor reigns in China from 1368-1644.

Southeast Asia Visions
Written and photographed experiences of Europeans and Americans who traveled to Southeast Asia during the period of imperialism. Document dates range from 1633 to 1926.

The World Digital Library (WDL) is a project of the U.S. Library of Congress, carried out with the support of the United Nations Educational, Cultural and Scientific Organization (UNESCO), and in cooperation with libraries, archives, museums, educational institutions, and international organizations from around the world. 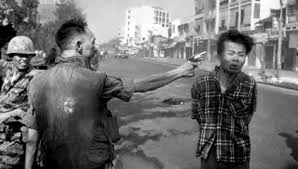